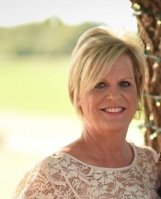 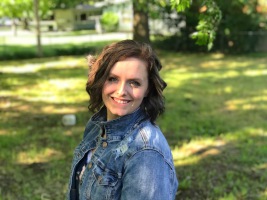 Kaitlyn began dancing when she was just 4 years old. She continued to study all styles of dance throughout her school years while also participating in theatre and vocal music. Kaitlyn began dancing competitively at the age of 9 and continued until she was 18. While still in high school, she had the unique honor of performing High School Musical with Music Theatre Wichita. Kaitlyn attended Oklahoma State University and pursued a degree in Music Theatre. Miss Kaitlyn began teaching dance 7 years ago; she teaches recreational and competitive classes to students ages 3 to adult.  She is the Company Director and Choreographer for The Edge Performing Arts Centre in her hometown of Winfield. Her Competitive Team consistently achieves platinum awards and choreography recognition. In addition to teaching dance to children and adults, Miss Kaitlyn has coached the Winfield High School Dance Team and choreographed large musical productions for the school. She trained in all forms of dance.  Her love and passion for the art is equal to the love she has for her students. Donnette Dittmer began her ballet  training at a very young age with Marjorie Kelley and the Royal Academy of  Dance, based in London, England. After eight years with Ms. Kelly and the Royal  Academy, Donnette continued her dance training by traveling to New York and  training with the most prestigious teachers of the time. Before entering  college, Donnette enjoyed her summer performing at Disney World in Orlando,  Florida. Donnette received a full dance scholarship throughout college and  continued traveling and teaching across the country. After college, Donnette  began choreographing for numerous companies and teaching master classes all over  the country. Her dance and choreography credits include performances of, "The  Nutcracker", " Swan Lake ", "Firebird" and "Giselle". And recently adding the  Broadway hit Urintown to her list of musical theater choreography. In her 12  years of teaching, Donnette has seen and done it all. This begins from the early  days of her career as a magician assistant and runway work, to being awarded the  honor of Top Choreographer in Las Vegas. In this past year, Donnette's  choreography was featured on MTV, VHI, ESPN, and Bravo. Miss Dittmer is known  for her fun loving attitude and the ability to spread the love of ballet across  the country. Donnette is currently in her tenth year as Artistic Director for  the The Edge Performing Arts Center and is on high demand as a teacher, judge,  and choreographer.

Andrea grew up dancing at Deb’s 3D Dance in Mulvane, Kansas from ages 4-8 and began competitively dancing at The Edge Performing Art’s Centre in Wellington and Winfield, Kansas from ages 8-17. Her experience includes classes in Ballet, Jazz, Lyrical, and Tap. Some of Andrea’s favorite memories from growing up include traveling for dance competitions and performing in The Edge Performing Art Centre’s production of The Nutcracker every year.

During her time in high school, she was a member of the Udall High School Eaglette’s Dance team and was team captain. She graduated from Pittsburg State University in 2015 with a Bachelor’s of Science in Psychology and in 2018 with a Master of Science in Clinical Psychology.

Andrea currently resides in Winfield with her husband Wyatt and their daughter Alison. She is also employed at Four County Mental Health Center as a Master Level Clinical Psychologist. Andrea began substitute teaching at The Edge in 2018 while Miss Kaitlyn was on maternity leave and started teaching Ballet, Jazz and Tap 1 in the Fall of 2019. Alba began dancing with the Edge PAC at 5 years old where she has received her formative dance training. At 7 she joined the competitive team and has received numerous awards and opportunities to perform with the Edge Company Team at The Clay Cooper Theatre and Talent on Parade in Branson Missouri. Alba is proficient in Ballet, Pointe, Tap, Jazz, Hip Hop, Contemporary, Lyrical, Modern, Tumbling, and Music Theatre.

Alba is currently an honors student attending Kapaun Mount Carmel High School in Wichita Kansas. She has been a member of the KMC dance team since her freshman year. In her Junior year with the ‘Pommies’ Alba was made Team Captain. In this capacity Alba is responsible for choreography, leadership, organization, moral, and team spirit.

Alba’s plans for the future are to continue to take opportunities for choreography and leadership as she prepares to audition for and join a D1 College dance team and pursue studies in the field of medicine. Zellissa was born in Wellington, KS in September of 2000. She lives with her parents and 2 brothers. When she was 3 years old she started dancing competitively at The Turning Pointe School of Dance in Wellington and stayed until she was 13 years old. She then danced at the South YMCA for a year in Wichita, KS. When she got to high-school she danced for The Simply Elite School of Dance in Wellington. After graduating from Wellington High School, she got a scholarship to dance for Cowley College in Ark City. She graduated with an Associate of Fine Arts in May of 2021. This next year she is changing her focus and is working towards a certificate from Cowley to be a Paramedic.

Where to Find Us

Get Social With Us